Who would have thought that at T.H.E. Show Newport–the 2014 edition–LP playback would continue to assert its dominance as THE sexy audio medium. Meanwhile there were attendees bearing their trusty CDs who, with fingers crossed, would enter rooms at the Hilton and Atrium hotels with the hope that the exhibitor might, just might, have a CD transport available to play their carefully selected demo material? While crystal ball gazing is outside of my pay grade it doesn’t take an oracle to note that once the conversation turns to digital the language moves away from physical mediums and turns to servers, storage, downloads versus streaming, tiered pricing, coming resolution battles and the cloud. But I digress. This was one helluva show with loads of spring time sun, great energy, and to my eye, solid attendance. My beat was loudspeakers in excess of $15k-territory that is typically never shy on excess but for this three day excursion produced some remarkable music and champagne performance.  Here are a few of my favorite encounters, Part I.

Newcomer Muraudio (pictured above) made its US debut at Newport and demoed its Domain Omni ESL-the world’s first omni directional point source electrostatic loudspeaker. This columnar system with its Continuous Curve Transducer (nanopolymer coated ultra thin 3.8 micron myler film) and large active surface impressed with an unhyped ease, tonal authority and airy, soaring extension that made extended listening a pleasure rather than a chore. It had the characteristic delicacy and fully realized textures and speed that stats are known with the immersive, enveloping qualities of MBL-style omnis.  To my ears the slightly more diffuse image presentation lacks the specificity of a good cone driver monopole setup but often these issues can be better addressed by a shift in room setup. I’m not sure I got a full sense of its dynamic capability either but I look forward to another encounter soon. The Ottowa based company produces two versions–a $58k passive and a 67K active version (700W of Class D power) The triple woofer module is a single aluminum casting with the x-over hand-off set at 400Hz. The crown and feet are also solid aluminum. All told , a terrific debut.

GTT Audio featured YG Acoustics’ latest, the Hailey $42,800. This three-way leverages much of the tech of the vaunted Sonja minus the size and sophistication of that flagship’s cabinet construction. The impressive front end was provided courtesy of the Kronos Limited edition turntable/Black Beauty tonearm, and electronics were a complement of  Audionet monoblock amps and preamp (including the PAM G2 phonostage) and Kubala Sosna cabling. Listening to Brubeck’s  “Take Five” was revelatory for a couple reasons. First was the impact of the sweetly singing clarinet sound which was followed by the ambient energy flowing off the drum kit during Morello’s solo. The resonant waves of energy that flowed from the skins was truly illuminating. And I’d completely forgotten about the terrific sonics from the Reference Recordings Mastercuts of Dick Hyman’s “From the Age of Swing” until this system reminded me–utterly masterful in its scope of dimensionality and depth retrieval.

Wilson Audio Specialties speakers were everywhere or so it seemed to me. But, in my view they performed at their unadulterated best in Brian Berdan’s Audio Element room courtesy of the dCS Vivaldi (digital); Grand Prix Monaco/Triplanar/Lyra Etna (analog); VTL Ref electronics/ Wilson Audio Sasha 2 ($29,800). The sound was effortless, unhyped, actually with a remarkable balance of warmth and resolution that wasn’t quite realized in other Wilson Sasha and Alexia setups at the show. There was also a degree of depth to the presentation that likely spoke to assiduous room setup the magic of the Siegfried Ref Series III monoblocks or perhaps a combination of both.  I know some may have preferred the dryer more detailed setups heard elsewhere but for this listener the Sasha 2 sang most openly and authentically in the Berdan suite. Listening to an assortment of music that ranged from violin sonata to “Superman” from the Crash Test Dummies the character of the system sound was translucent, seamless top-to-bottom and free from localization artifacts. The essence of “dialed in” performance. Opus cables courtesy of Transparent Audio.

For another take on this subject, Maier Shadi’s Audio Salon held forth in a large duplex space. The stylish exhibit was anchored by Wilson Audio Alexis speakers driven by the newly introduced and affordable (well, kind of) Constellation Inspiration line of electronics in one area and more Constellation and Sasha 2’s in an adjoining display. The Allen Perkins designed Spiral Groove SG 1.1 with Centroid tonearm handled the analog honors with effortless aplomb. The sound here was a bit dryer than the smaller confines of Audio Element’s  VTL/Wilson Sasha 2 setup at the other end of the Atrium. But it’s focus and resolving power was untouchable. Support for the componentry was handled by Symposium furniture and signal linkage attributable to Nordost cabling.

Picking up where it left off at CES was the peerless Focal Grande Utopia EM ($195k). It was a personal highlight of the show it was playing in the company of two other Focal Utopia speaker, the slightly smaller Maestro (pictured above) and Stella (D’Agostino power). The Maestro was powered by McIntosh gear while the Grande U was driven by an all Boulder “semi-mega” setup (the flagship Boulder gear is another discussion altogether) which included the 1021 Network Player streaming via UPnP 2110 Preamp ($54k) 2150 Mono Amps ($98k). My hosts cued up Michael Jackson’s “Billie Jean” track in high res on both systems. My best prediction was that the Maestro would own the speed and transient departments while the big Grande would overwhelm with dynamic and low end energy but sputter a bit trying to maintain the pace and jump of this iconic dance track. Once again my prediction was stone-wrong.  The square-shouldered Grande U sounded both bigger, weighter yet more sensitive to low level detail and delicate micro-dynamics than the McIntosh powered Maestro. Room setup, amplifier character? The unshakable grip and inner detail of the Boulder gear? Is there anything the Subzero-scale Focals won’t do? Yes-they won’t fit in my room.   Anchored by XTC racks (all prices custom) and all Clarus Crimson cabling.

Look for coverage of Perfect8, Marten, Lawrence, Trener and Friedl and more in Part II. 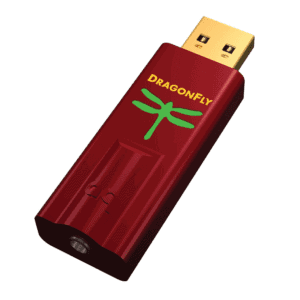